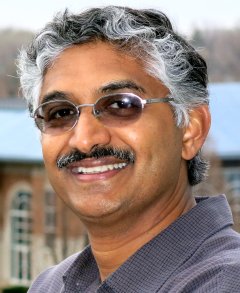 Bio: Vikram Adve is the Donald B. Gillies Professor of Computer Science at the University of Illinois at Urbana-Champaign and a Professor in Electrical and Computer Engineering. He is a Co-founder and Co-Director of the Center for Digital Agriculture and leads AIFARMS, a $20M National Artificial Intelligence Research Institute funded by NIFA and NSF. Adve’s research interests lie in developing and using compiler techniques to improve the performance, programmability and reliability of computer systems. Adve and his Ph.D. student, Chris Lattner, co-designed the LLVM Compiler Infrastructure, which enables a novel approach to “lifelong compilation” of programs in a wide range of general-purpose programming languages. For example, most mobile apps for the iPhone, iPad, Apple Watch and Apple TV are shipped by developers to Apple in the LLVM compiler representation called “LLVM bitcode” and then compiled and specialized for the various end-user devices. LLVM is widely used in industry today, ranging from mobile devices (e.g., iOS and Android) to supercomputers (e.g., at NVIDIA, Cray, IBM and Intel) to data centers (e.g., at Google). Adve, Lattner and Evan Cheng received the ACM Software System Award in 2012 for co-developing LLVM. Adve has won a ten-year-retrospective Most Influential Paper award at CGO 2004, and distinguished paper awards at several conferences including PLDI 2005, SOSP 2007 and ICSE 2011. He has served as the Associate Editor for the ACM Transactions on Programming Languages and Systems, and co-chaired the Program Committees for ASPLOS 2010, VEE 2008, and LCPC 2007. One of Adve’s Ph.D. students, Robert Bocchino, won the 2010 ACM SIGPLAN Outstanding Dissertation Award and another student, John Criswell, won Honorable Mentions for both the 2014 ACM SIGOPS Dissertation Award and the 2014 ACM Doctoral Dissertation Award. Adve is a Fellow of the ACM and was named a University Scholar at the University of Illinois in 2015. He served as Interim Head of the Computer Science Department from 2017 to 2019.