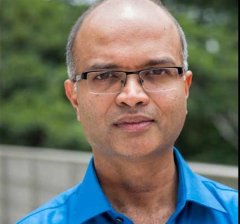 Sriram Rajamani is Distinguished Scientist and Managing Director of Microsoft Research India. His research interests are in designing, building and analyzing computer systems in a principled manner. Over the years he has worked on various topics including Hardware and Software Verification, Type Systems, Language Design, Distributed Systems, Security and Privacy. His current research interest is in combining Program Synthesis and Machine Learning. Together with Tom Ball, he was awarded the CAV 2011 Award for “contributions to software model checking, specifically the development of the SLAM/SDV software model checker that successfully demonstrated computer-aided verification techniques on real programs.” Sriram was elected ACM Fellow in 2015 for contributions to software analysis and defect detection. Recently, Sriram has been elected Fellow of Indian National Academy of Engineering. Sriram has a PhD from UC Berkeley, MS from University of Virginia and BEng from College of Engineering, Guindy, all with specialization in Computer Science. Sriram was general chair for POPL 2015 in India, and was program Co-Chair for CAV 2005. He co-founded the Mysore Park Series, and the ISEC conference series in India. He serves on the CACM editorial board as co-chair for special regional sections, to bring computing innovations from around the world to CACM.