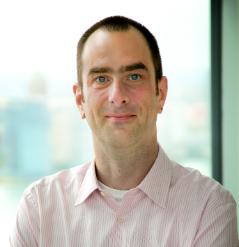 Bio: Robert Grimm works at a fintech startup in New York City. Previous industrial positions include Facebook, where he worked on the core Python runtime, and Goldman Sachs, where he worked on the company''s risk and trading platform. Before joining industry in 2013, Robert was an Associate Professor of Computer Science at New York University, researching how to leverage programming language technologies to make complex systems easier to build, maintain and extend. He received a Ph.D. in Computer Science from the University of Washington at Seattle in 2002. His honors include the Best Paper award at the 6th ACM International Conference on Distributed Event-Based Systems, a Junior Fellowship at NYU’s Center for Teaching Excellence, and an NSF CAREER award.