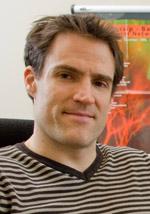 Professor Eugster’s research aims at proposing support for developing distributed systems. Particular topics of interest, in the context of distributed settings, include algorithms, middleware, and programming languages, abstractions, and methodologies.

Professor Eugster was educated in Switzerland, and has worked for both Swiss Federal Institutes of Technology in Lausanne (EPFL) and in Zurich (ETHZ), as well as for Sun Microsystems (now Oracle) prior to joining Purdue University. He has authored over 70 refereed articles, and is a member of ACM and IEEE. Among other awards for his research and teaching, Professor Eugster has received an NSF CAREER award (2007) and Experienced Researcher fellowship by the Alexander von Humboldt foundation (2011). He is also a participant of the 2011 DARPA Computer Science Study Panel.