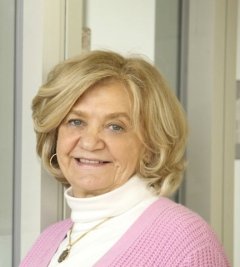 Mary Lou Ehnot Soffa is the Owen R. Cheatham Professor of Sciences at the Computer Science Department at the University of Virginia. From 2004 to 2012, she served as the Department Chair at UVA.  From 1977 to 2004, she was a Professor of Computer Science at the University of Pittsburgh and also served as the Dean of Graduate Studies in the College of Arts and Sciences from 1991 to 1996. Her research interests include optimizing compilers, virtual execution environments, software testing, program analysis, software security,  and software systems for multi-core architectures.  She has published over 175 articles and  has directed 32 Ph.D. students to completion, half of whom are women.  Mary Lou is both  an IEEE Fellow and  an ACM Fellow. She  received the Anita Borg Technical Leadership Award, the Ken Kennedy Award and the Computing Research Association (CRA) Nico Habermann Award.