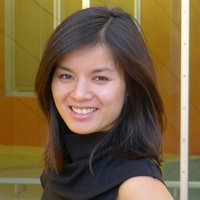 Hi there. I’m Jean. I started Akita because I wanted to build practical, principled tooling for modern software systems. I’ve spent my career in pursuit of better software tools. I grew up programming—and it felt like magic that a kid like me could just conjure software. In college, I fell in love with programming tools: helping people make magic faster felt like pretty much the coolest thing a person could do. This was why I got my PhD in programming languages, at MIT. After that, I was a tenure-track professor at Carnegie Mellon University. The whole time I was in research, I wanted to build tools that could majorly help practicing software developers. Early in my PhD, I got obsessed with two problems around this that I couldn’t solve using application-level techniques. First, the legacy software problem: you can’t just easily port most code to a fancy new language or type system. And even if you could, you run into the second problem: the heterogeneity of software systems. Modern software is an ecosystem, with your data stores, data streams, services, and third-party APIs. This is how I became obsessed with APIs: APIs let you encapsulate any code written in any language—and you can apply language design principles, just one zoom level up. This is why, while at CMU, I started doing research about APIs. This takes us to Spring 2018. Cambridge Analytica happened. GDPR was just about to come out. I realized that we were entering into a new era of software, where people were realizing that not having visibility or control over your software can hold you back in a major way. I called everyone on my LinkedIn who would talk to me and asked them about their tooling needs. When I realized there were big and interesting problems I was uniquely positioned to solve with my API tooling ideas, I just couldn’t miss out on the action. I took leave from CMU, sold my furniture, and drove across the country to the Bay Area to start Akita.